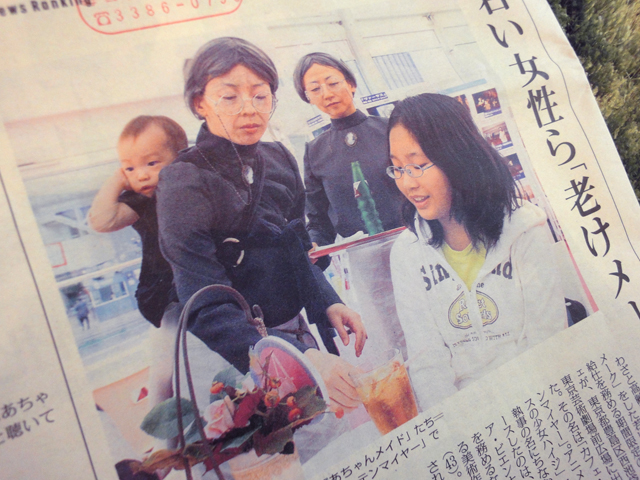 As you know, Maid cafes (メイドカフェ) are cosplay restaurants found predominantly in Japan.
Waitresses dressed in maid costumes act as servants,
and treat customers as masters in a private home.


I found an article on a paper.

Old Lady Maid cafe “Cafe Rottenmeier” is open in Ikebukuro for an only limited time.
(On Saturday, Sunday & public holidays in November, 2010)

It’s written that these old waitresses are not old, they just make up to look older. 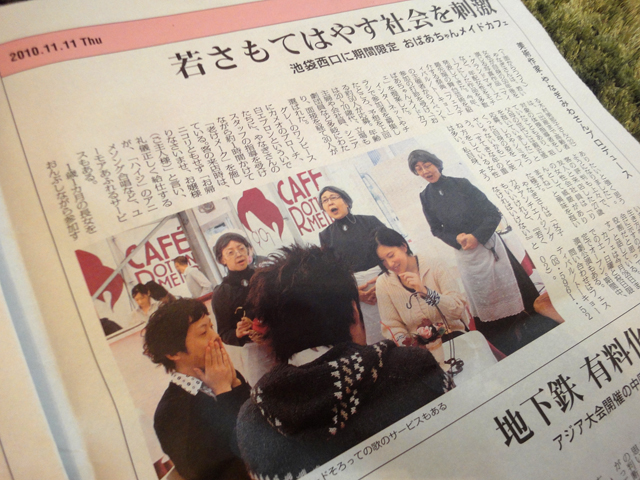 It’ a kind of performing art in a festival “Performing Arts Festival launching from Tokyo” hold in Ikebukuro. The director, “Miwa Yanagi”, says that It’s a kind of expression, against a Japanese culture, “lionizing youth too much”.