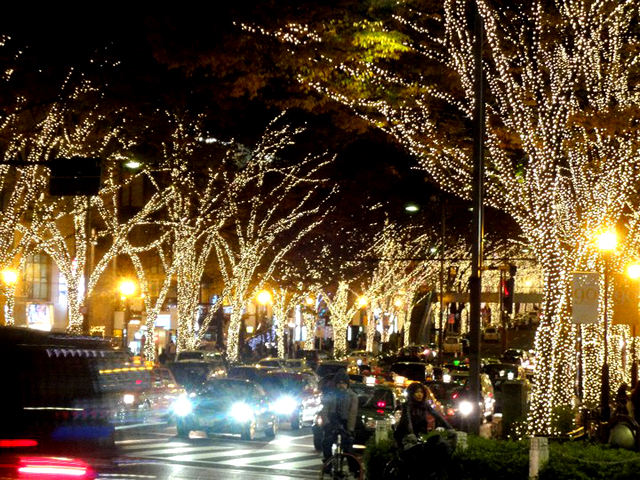 Streets in Tokyo are illuminated now, during Christmas and new year.

At Tokyo International Forum in Yurakucho station,
A Christmas market is being held to 25th Dec.
www.t-i-forum.co.jp/noel/ (Japanese) 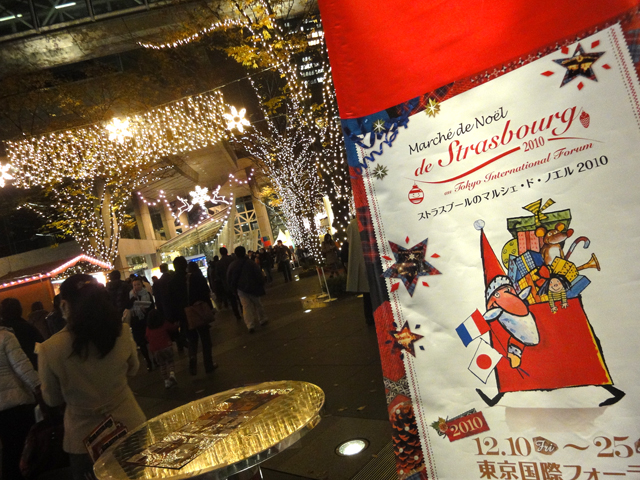 We can enjoy food, beer, Christmas decorations from Strasbourg, France 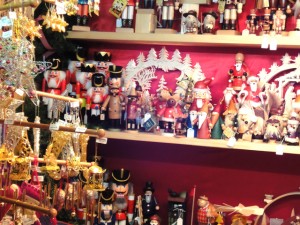 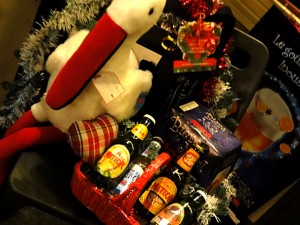 and see a very beautiful tree :) 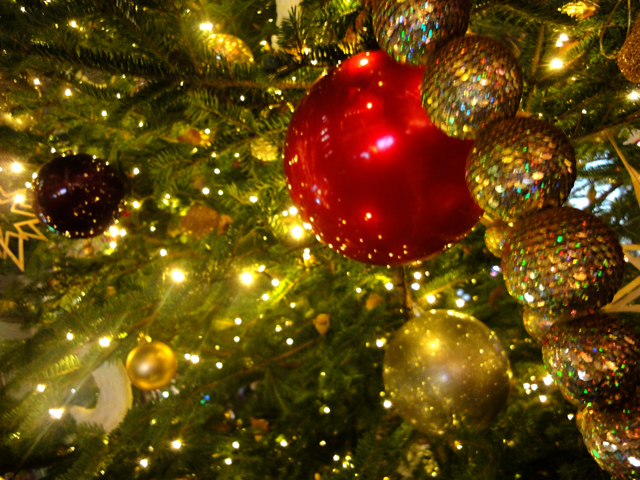 At Omotesando (near Harajuku and Omotesando station), trees are illuminated with 900,000 lights.
Omotesando Illumination 2010-2011 is being held to 3rd Jan. 2011
(Time: Sunset to 10:00 p.m.)
www.omotesando-illuminations.com (Japanese) 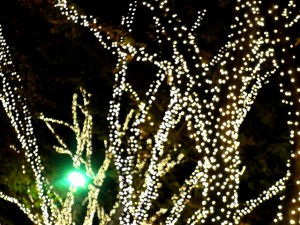 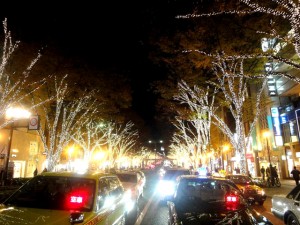 At Omotesando Hills, we can enjoy skating as well. 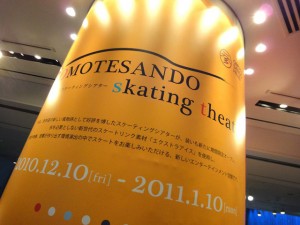 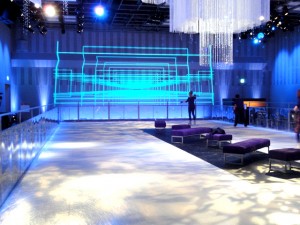 And today “LIGHTOPIA 2010” is started. It’s near Tokyo station and Imperial Palace (こうきょ, 皇居) until 29th Dec. The moat around the Imperial Palace are illuminated and at a park near Imperial Palace, we can see a lot of candles with illustrations of “Earth”, “Pleace” and “Ecology”.
www.kouto-tokyo.jp (Japanese)

The moat around the Imperial Palace 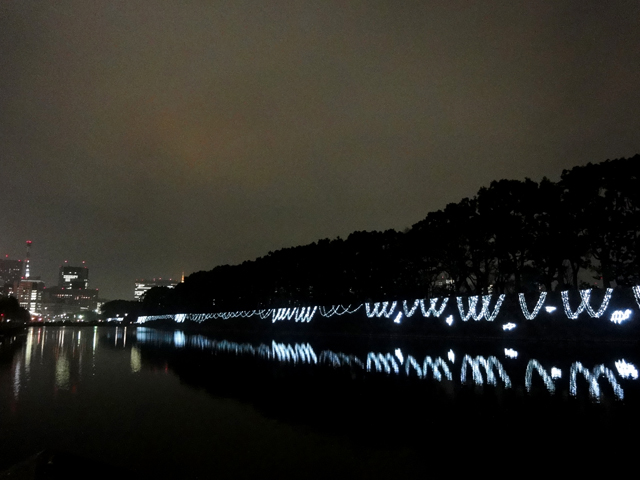 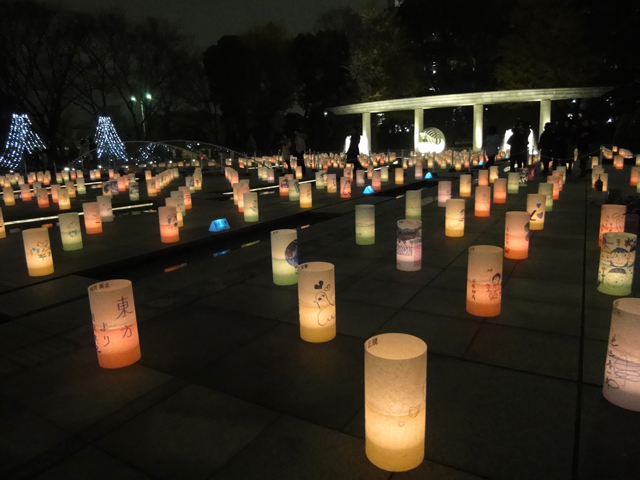 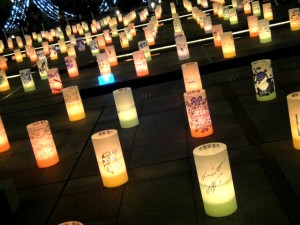 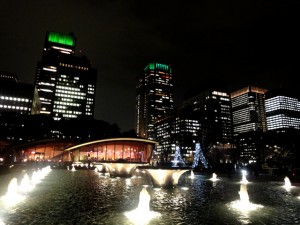 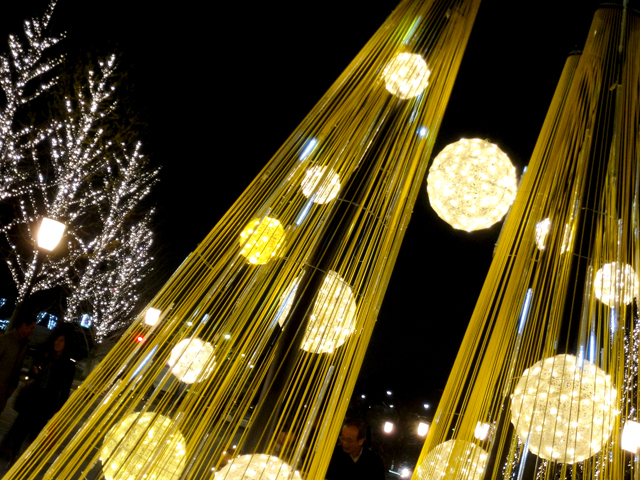 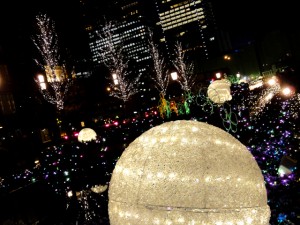 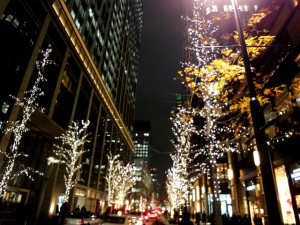