We have an amulet for bring good weather and to stop or prevent a rainy day. We call it “Teru Teru bozu” (てるてるぼうず, てるてる坊主) in Japanese.
“Teru” is a Japanese verb which describes sunshine, and a “bozu” is a Buddhist monk or “bald-headed”.

It’s said that at first Farmer started making this amulets, “Teru Teru bozu” and hanged outside of their window for good weather and became popular in cities during the Edo period, children made them the day before the good weather was desired and chant “Fine-weather priest, please let the weather be good tomorrow.”

Today, children make “Teru Teru boze” out of tissue paper or cotton and string and hang them from a window to wish for sunny weather, often before a school excursion day or School festival day. They are still a very common sight in Japan. 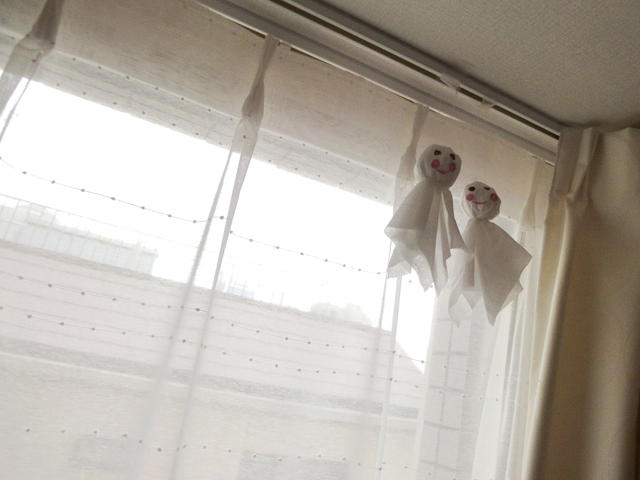 We have a traditional song of “Teru Teru bozu”.

The last phrase of this song is “But if it’s raining, I would snip your head off”.

We don’t do this! So scared, but we throw “Teru Teru bozu” in the trash ;)