Today, I introduce some of “sticky foods” in Japan. 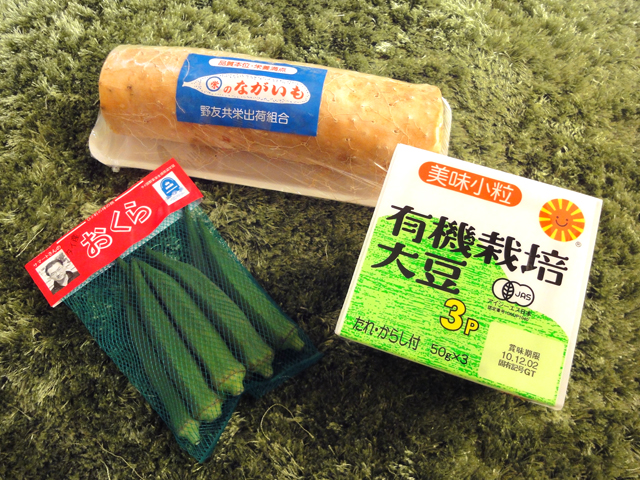 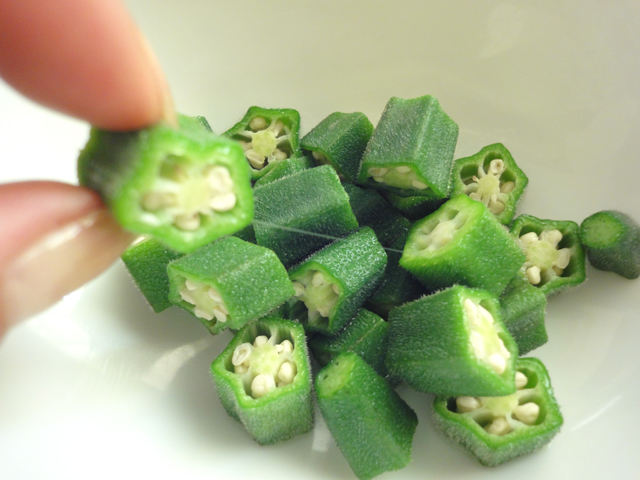 “Okra” is a vegetable, it might be known as lady’s fingers or gumbo in your country. We basically eat “Okra” with Bonito flake and soy source after boiling.
The inside is a little bit sticky, isn’t it? It’s for beginners. 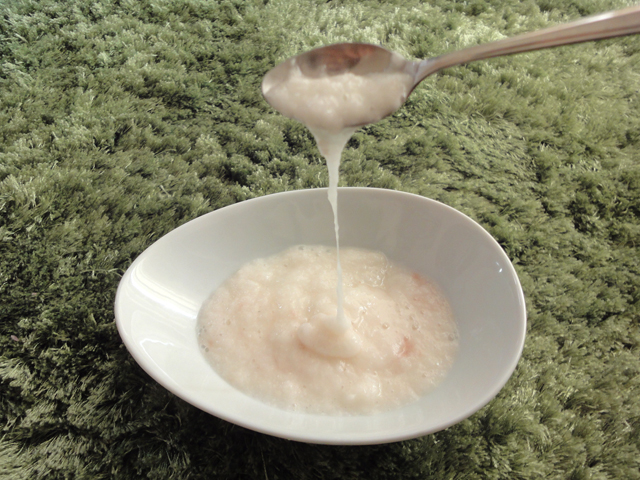 “Nagaimo” is “Japanese mountain yam”, dioscorea opposita, a type of yam that may be eaten raw.
In Japan, it is eaten raw and grated as a side dish. “Nagaimo” is used in the Japanese noodle dish tororo udon/soba as well. The grated nagaimo is known as “Tororo” (とろろ), not “Totoro” :) 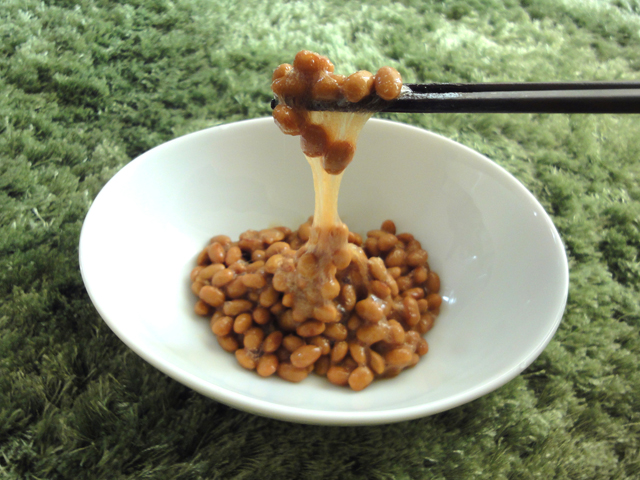 It’s said that “Natto” was accidentally made. In 11th century, a lot of wars happened in Japan. Soldiers were attacked while boiling beans for their horses. They packed the beans into straw bags in a hurry. A few days later, they opened the straw bags. Though the beans were already fermented, soldiers ate it and liked the taste. 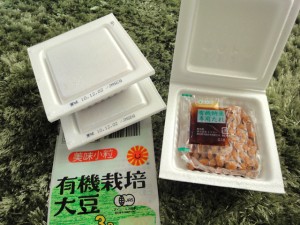 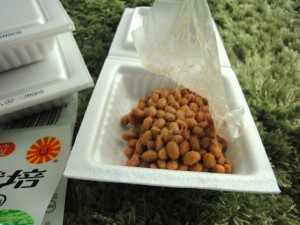 “Natto” is most commonly eaten at breakfast with rice and used in some dishes, Sushi Roll, Udon/Soba, pasta. Recently, “Natto” is sold in small plastic packages with soy source and mustard. Stir it with chopsticks. and pour the soy sourse and mustard.

“Sticky” is “Neba-Neba” (ねばねば) in Japanese.
It is said that “sticky foods” have many medical benefits!
Do you wanna try them for your health?